About The McFadden Farm

A feast for the senses and the soul. In Northern California, Potter Valley lies on the edge of the Mendocino National Forest and by the headwaters of the Russian River. A wide range of native and cultivated plants thrive in its rich, deep soils.

Head north of San Francisco, 120 miles or so, through Mendocino County. Take a right out of the fast lane, then a left into another world: The rolling green expanse of Potter Valley. Tucked away at the north end of the valley, nestled against the headwaters of the Russian River, is McFadden Farm.

It’s a quiet, pastoral place … far from the bustling city and roaring highway. A country lane winds past the vineyard, past the herb garden, barns and pond, over the covered bridge, up the hill to the McFadden home.

Born and raised in New York City, Guinness McFadden came to this peaceful place in 1970. After Notre Dame, ten years as a Naval officer, and a stint at Stanford Business School, he decided against a future in pin-striped suits and city offices to seek out a new living in the country. He found that and more. The McFadden family settled in to a life of hard work and enviable happiness on this special piece of ground.

As he learned the ropes of farming, Guinness became convinced that he didn’t need, or want, the chemical pesticides and herbicides so common in modern agriculture. He pursued more natural farming methods, joined the California Certified Organic Farmers, and kept his small farm in tune with nature, a safe place for the family and its crops.

There are unique corners in this world, where the people stay close to the soil and an understanding of the land. Potter Valley is such a place, and Guinness McFadden blesses the day he found it those many years ago. At the far end of the valley where the hills rise up to cradle the Russian River he found this peaceful place, where there is a softness in the hills that is gentle on those who walk them and the feeling of blessings hangs in the crystalline air. This green paradise at the edge of the wilderness…is the best of the best.

In 1970, 23 acres of vineyards were planted, to be followed in succeeding years by some 140 more acres of grapes. Since he was the first one from outside the valley to plant grapes there was no experience to rely on for guidance. Many folks even told him grapes couldn’t be grown in Potter Valley, and there were days when he almost believed them. But Guinness persevered. Over the years as he planted and tended to the vineyards, he tried various grape varieties to see which ones would do the best and make the best wines. Some of his experiments worked; some didn’t. There’s no cabernet sauvignon at McFadden Vineyard anymore, nor grey riesling nor pinot St. George. They didn’t like it in Potter Valley! But sauvignon blanc, chardonnay, white riesling, gewurztraminer, pinot noir, pinot gris, and zinfandel love it in Potter Valley!

Wineries such as Robert Mondavi, Chateau Montelena, Sterling, Berenger, Navarro, Handley Cellars, Fetzer, and Piper Sonoma amongst others were pleased to use grapes from McFadden Vineyard. From those wines made with his grapes, Guinness saw that his vineyard could produce outstanding wines. So, in 2003 he decided to try his own wine label with a pinot gris. Those first 300 cases were terrific and quickly sold out. The next year he added riesling, in 2005 he added sauvignon blanc, pinot noir, and zinfandel, then in 2006 chardonnay.

From the very beginning McFadden Vineyard has been organic, and has been certified as such by the California Certified Organic Farmers (CCOF). McFadden wines state on the label, “made from organically grown grapes.” This is an assurance that at no time were any chemical fertilizers or pesticides ever used in the production of the grapes in our wines. Since he lives right in the middle of the vineyards it also assured him that he could raise his family in a safe place, not subject to chemical drift. The five kids are mostly scattered around the country now, except one daughter who with her husband bought a property next door where they grow organic grapes also, and raise their two daughters. The others often tell him that being “a farm kid” has helped them immensely. Growing up they learned about work ethic and reliability, and as adults they feel good about the way they approach their jobs, and more importantly, their lives.

When the vineyard was first started it became evident that attracting workers might be a problem. Potter Valley is miles north of Napa and Sonoma counties, and therefore later maturing. By the time McFadden Vineyard was ready to harvest many pickers had gone south for the winter. So, in order to attract workers and induce them to pick our grapes, Guinness developed other enterprises that provided more year-round work. As a result, we make garlic braids and bay leaf wreaths, we grow and package herbs, and package wild rice. It worked out so well that our team’s average tenure on the farm is around twenty five years.

About twenty eight years ago, in the midst of one our energy crises, Guinness converted an old dam structure on the Russian River and built a hydroelectric power plant which is used to provide electricity to some of the farm, and to the local utility. Then, in 2003 he installed solar photovoltaic systems at his shop and office area so that now the farm, while still on the electric utility grid, is essentially electrically self sustaining

So that’s the story of McFadden Vineyard. Our latest venture, the wine, is turning out to be the best way to showcase the quality of the grapes we’ve grown here for the past forty years. We hope you try them. We know you’ll enjoy them. 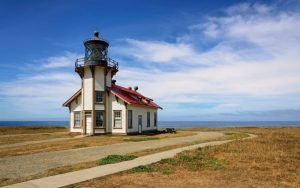 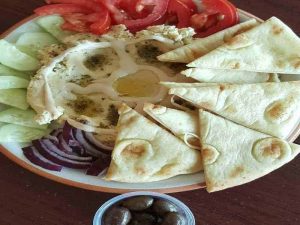 Brickhouse Coffee About Brickhouse Coffee Guaranteeing cool vibes and the freshest ingredients available!BEST SANDWICHES IN WILLITSBEST COFFEE IN WILLITS Public Transit: SMALL TOWN PARKING, NO PROBLEM, LARGE LOT ACROSS THE STREET FOR LARGER VEHICLES. WALK HERE FROM ANYWHERE DOWNTOWN. OUR WHOLE DOWNTOWN IS ABOUT THREE BLOCKS. CHECK IT OUT. FUN AND DIFFERENT. 5 MIN. WALK FROM 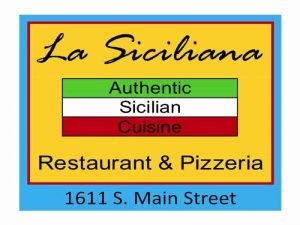 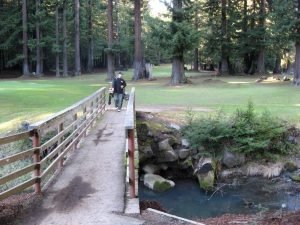 Brooktrails Golf Course is a unique & beautiful golf course nestled in the majestic redwoods of Northern California. A wonderful 9 hole walking course on 40 acres of Redwoods. We are located outside of Willits, California in the Brooktrails Township. A great course for the beginner and advanced golfer. A fun challenge for all! We