About The Vichy Springs Resort

Come and experience a true carbonated “Vichy” mineral bath, massage, facial and a walk on the beautiful 700 acre private reserve . You will “feel a million miles from your cares, and your heart will sing a new song.” (Timeless quote, from a 1914 resort brochure)

The history of Vichy Springs Resort spans from the pre-written history of the local Pomo Native Americans (over 5,000 years ago) to the present day spa operations. The actual springs are estimated to be well over five million years old. Extensive travertine and ancient travertine onyx deposits are indicators of the various springs’ ages. The Pomos used the springs during their sole residency in the Yokayo Valley. They used the waters, according to personal verbal revelation to Gilbert Ashoff from Edna Guerrero and Elsie Allen both aged elders in 1978, for gout, arthritis, rheumatism, poison oak, burns, cuts, psoriasis and eczema.

During the early 1800’s the entire Ukiah Valley (an Anglicization of “Yokayo” which means “deep valley” in the local Pomo dialect) was granted by Mexico (California was then part of Mexico) to Cayetano Juarez. Senor Juarez owned extensive holdings elsewhere and never developed much in Ukiah. Credit for discovering the spring is given to Frank Marble the first “caucasian” to arrive in the Ukiah Valley in 1849, the year of the big rush of gold seekers to California. Squatters followed and by 1852 William Day had established his residence and had completed at least three cottages at “Day’s Soda Springs” in Ukiah. These three cottages still stand and are in use at the resort to this day.

History does not tell us what happened to Mr. Day, but in 1864, after California had become a state of the USA, Senor Juarez’s claim to the Ukiah Valley was upheld by the US Supreme Court. He subsequently sent Col. William Doolan, a Union Civil War veteran, to sell his rancho in parcels to the squatters who had lived on and used his rancho. Doolan either threw Day off or presumably Day had left already or did not have the hard cash required to buy his Soda Springs. Doolan wound up owning and operating what he renamed “Doolan’s Ukiah Vichy Springs”, named after the famous French springs because of the water’s striking similarities so noted by, presumably, French gold seekers.

Doolan expanded and operated his Vichy Springs from 1866 to 1896. He was ranked as the 2nd wealthiest man in Mendocino County due to his prominence and ownership of these incredible springs. It was also, by far, one of the largest businesses in Ukiah and Mendocino County with accommodations for up to 200 guests at its peak of operation. Doolan added new concrete baths, the “Vichy Plunge” (swimming pool), a bar and restaurant, dairy farm, dance pavilion, bowling alleys, croquet, gardens, cottages and rooms. The two rows of rooms built by Wm. Doolan circa 1866-1870 still stand. All of his up to 65 cottages have disappeared.

Doolan was a developer and risk taker, and leveraged his properties many times to finance other ventures. The deepest, though not as long as 1929, depression in the U.S., 1893-1897, closed 500 banksand bankrupted 15,000 businesses in the country. Doolan lost Vichy Springs to a foreclosure on a $10,000 note owed to A.F. Redemeyer, owner of the Bank of Ukiah (forerunner of, the now, Savings Bank of Mendocino County) and considered to be the wealthiest man in Mendocino County. Redemeyer sold the resort in an “inside” transaction for $10.00 to his two daughters and son John. John within two years bought out his siblings’ interests and operated the resort until his death and estate probate in 1948. John Redemeyer, as had Doolan, operated the resort between May 1st and the first rains of October. The Russian River and Vichy Creek became impassable for stagecoaches, gigs, and the modern autobus and cars of Redemeyer’s era. Bridges over the Russian River came later.

In 1948 two brothers, Arnold and Henry Erickson purchased Vichy Springs. They never achieved their goal of operating the resort as such, but turned it into a local watering hole complete with bar and restaurant serving large steaks at moderate prices whilst the resort, while operational, languished due to lack of maintenance and marketing. The resort facility and cottages were allowed to deteriorate, many beyond the point of no return.

The current owners, Gilbert and Marjorie Ashoff, first leased the property in 1977 and built and established a bottling plant with eyes on the old resort for the future. The future came faster than they expected. The Ericksons announced a plan to clear cut every tree on the 800-acre Vichy Ranch in order to re-grade it and build an 800 unit mobile home park on the property. The Ashoffs were horrified at the prospect of the resort being leveled, only to be forgotten and a “Ukiah style” mobile home park put in its place, complete with certain destruction of the pristine and irreplaceable mineral springs.

The only thing that stood in the way of the mobile home park was an option that the Ashoffs had acquired in October of 1979 to purchase the resort property from the Ericksons. The Ashoffs hatched a plan to purchase the resort’s 800 acres by developing part of it (110 acres), downstream and away from the springs, into a residential subdivision. The remaining 700 acres would remain the resort and ranch it had been since the 1800’s.

The resort renovations began in 1982 after the exercise of the aforementioned option in October of 1981. Beginning in 1982 the forty four years of neglect, accumulation of hundreds of tons of debris, trash, and hazards were removed and all the buildings that could be saved were renovated from their foundations up. This process extended from 1982 through 1992. The resort fully opened in 1989 with Day’s two 1854 cottages and twelve rooms in Doolan’s “long row.” Day’s other cottage was the office from 1989 – 2002 for the resort. It is now once again an overnight accommodation.

Never closed completely since 1854, the reopening of overnight rooms in 1989 created once again the only destination resort in Ukiah since Vichy Springs was last fully open in 1941. Over 45,000 visitors used Vichy Springs in 2012, up from 100 in 1988. The naturally warm and carbonated “Vichy Baths” are once again being used by Californians and guests from all over the world to relieve the stresses and strains of urban and city life. Guests enjoy hiking to Chemisal Falls, walking the pathways through oak and madrone woodlands, picnicking, experiencing the “cures” of the phenomenal Vichy Baths and sharing romantic interludes as they have for 160 years at Vichy Springs Resort. 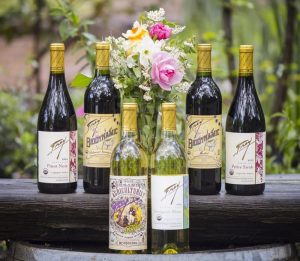 About Frey Vineyards America’s first organic and Biodynamic winery Producing award-winning vegan, gluten free wines with no added sulfites since 1980 We are a third-generation family-owned and operated winery located at the pristine headwaters of the Russian River in Redwood Valley, Mendocino County, California. At Frey Vineyards we combine the best of modern and traditional 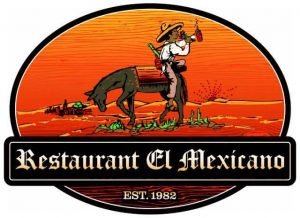 El Mexicano Willits El Mexicano Willits is a family owned restaurant that opened its doors in 1979 in Fort Bragg, CA. It was started by my parents, aunt, and uncle. I took over El Mexicano in January of 1982. In March of 1982, I opened a second location in Willits, CA inside the country mall. El 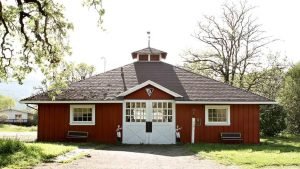 The Seabiscuit Heritage Foundation, is a 501(c)(3) non-profit organization, formed in 2004 to preserve and protect the cultural legacy of Ridgewood Ranch, the home and final resting place of the legendary racehorse, Seabiscuit, through historic preservation, and environmental conservation. With the recent development of Glenn Riddle Farm (now a multi-million dollar gated community with two